Sometimes in doing trap/neuter/release (TNR) work we get cats that are “broken,” the subject of this week’s photo challenge. Blackie – or so we named him – was one of those broken cats. He came in with a badly lacerated eye, and bite wounds on his tail. Someone had done a number on him. 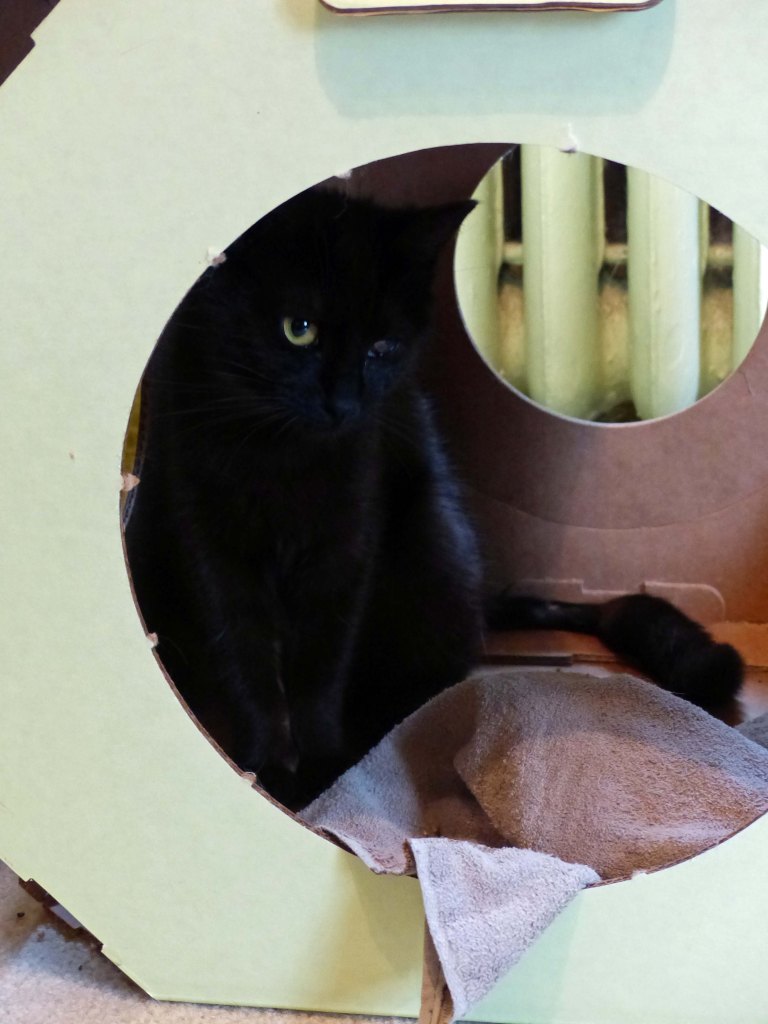 This photo was taken after about four weeks of nursing. Originally he looked much worse.  Definitely broken. 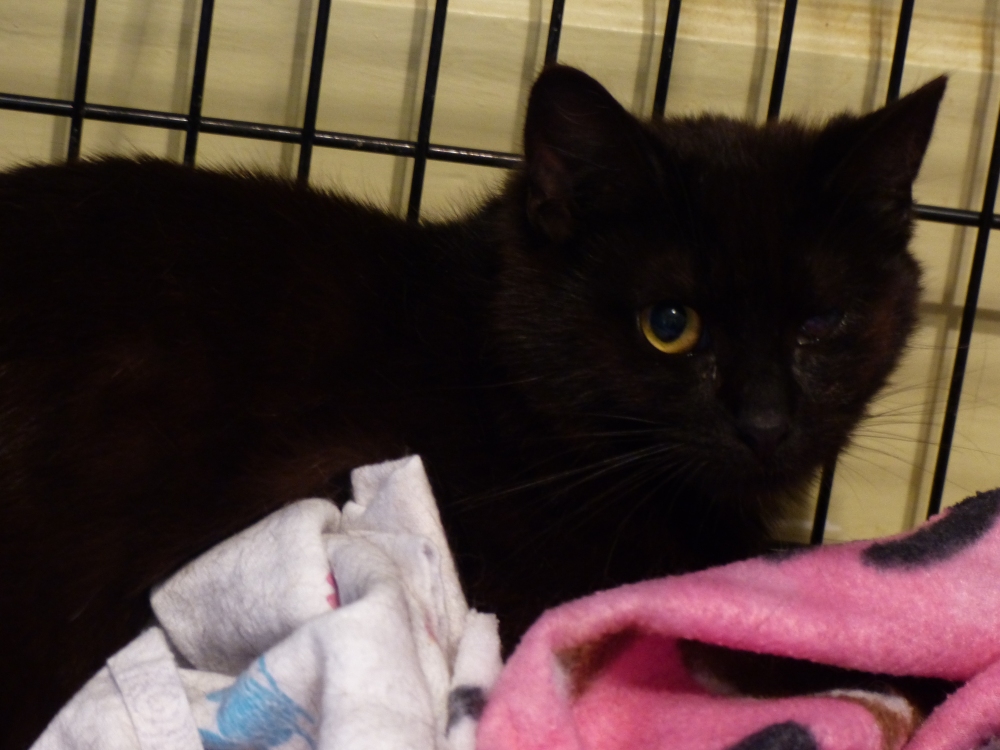 He was not a cat that could go back out to his colony. His eye would never heal entirely, and it would only get infected over and over outside. So we found Blackie a home in a wonderful cat sanctuary where he can live out his life under a watchful eye, and get medical treatment if needed. This was the last time I saw the sweet boy, as he said farewell, and joined his new family. 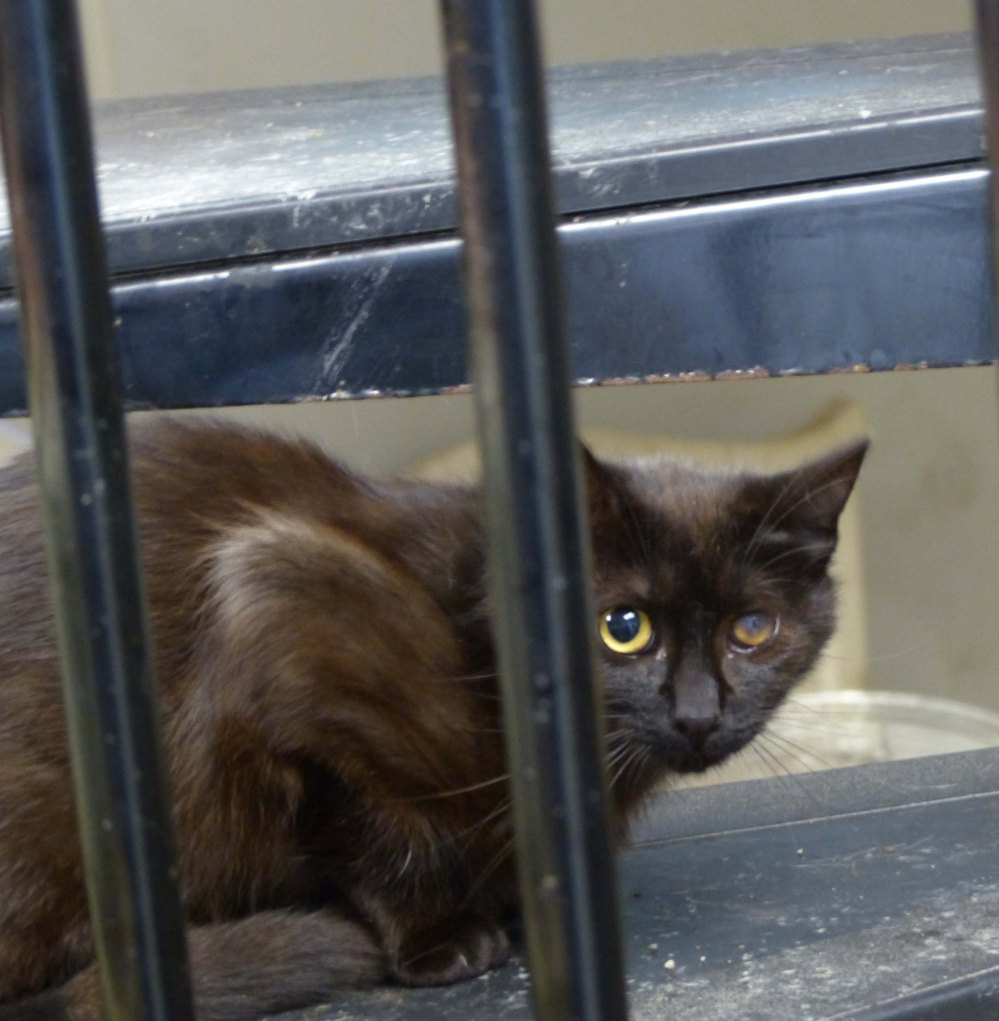