We separated momma cat (Willow) from Winnie and Winston a couple weeks ago when they were weaned. Momma needs to dry out so she can be spayed, and she needs her vaccines. Despite her FIV+ status, the vet says she looks very healthy, and she’s doing great at her foster’s home.

Winnie and Winston went to another foster and have been having a blast being out of their dog crate and getting the run of the family room. Their foster mom and dad are off for a well-deserved long weekend, so the little ones are staying with me, which means I get some photo shoot time. They are 8-9 weeks old now, full of crazy, and soooo much fun to hang with.

Here’s Winston, posing for the camera. I think he’s rather impressed with himself! He’s a very handsome dude. 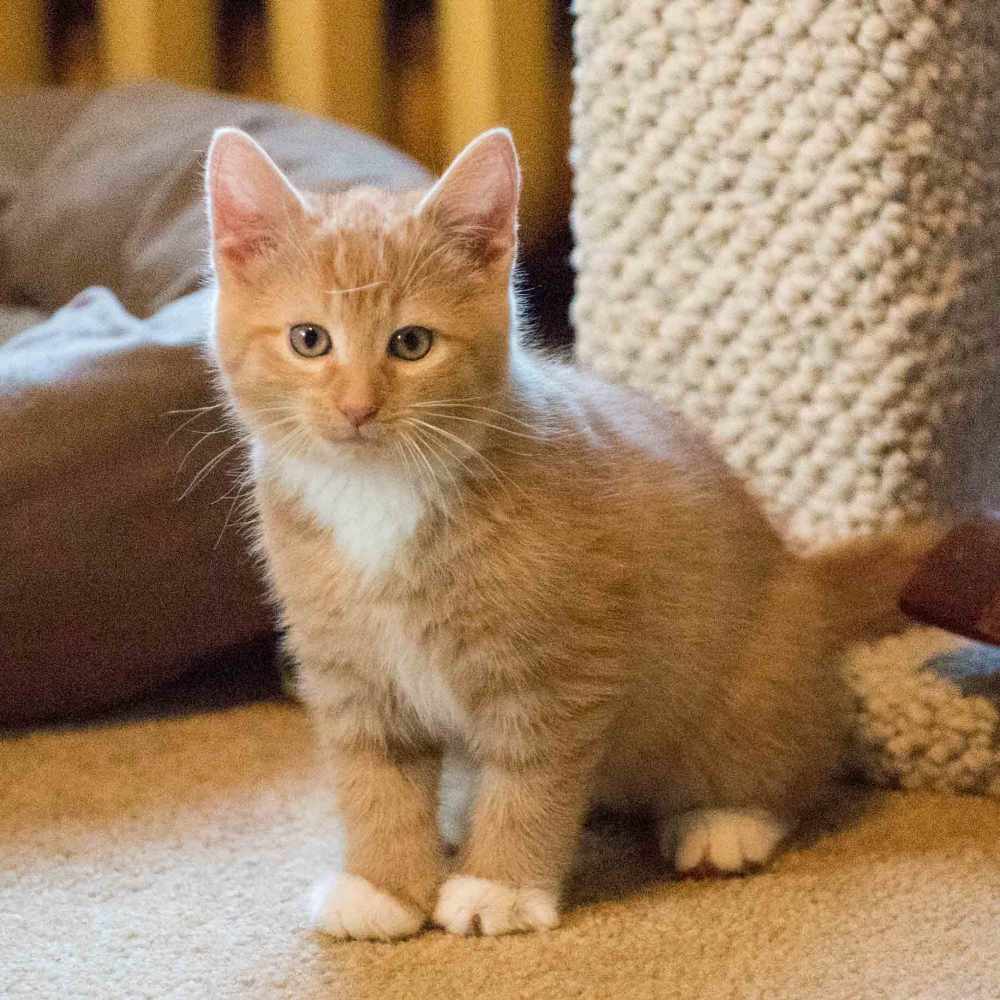 Winnie is less inclined to pose, but I got her anyway.  She has very unusual markings, and her whiskers are white on one side of her face and black on the other. Never seen that before. 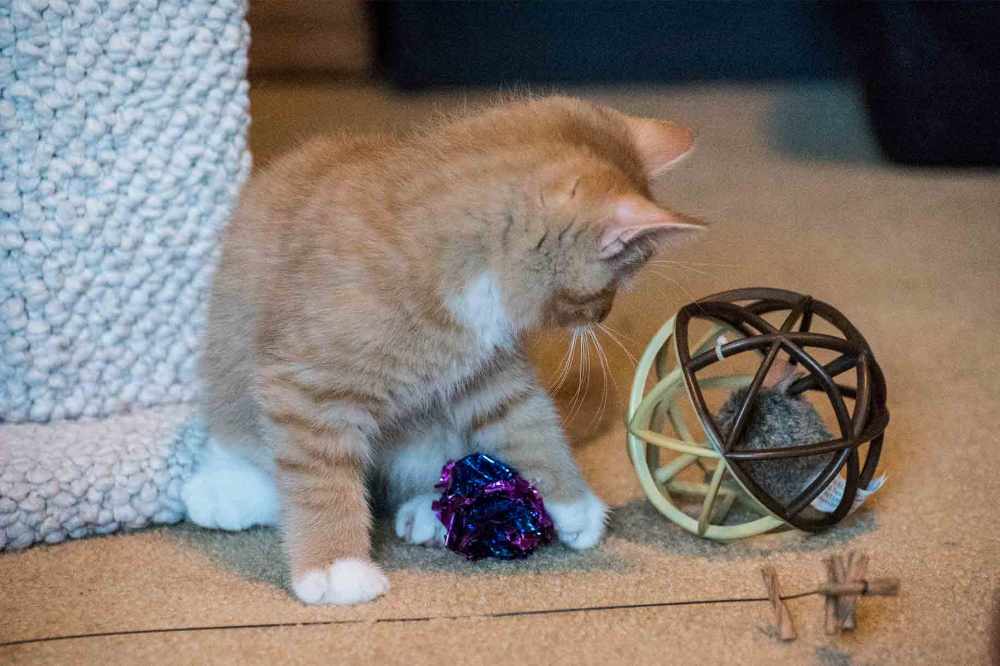 But the squeaky mouse often wins.

He’s a big fan of catnip too.

A favorite for both – wrestling. Lots of wrestling.

Climbing is good too!

This cube is also one of the favorites and they move it all over the room.

I just may hate giving these two back to their foster family! If you’ve having a bad day, watching crazy kittens is a great prescription, and I could sit and watch these two for hours.

We are just finishing up our last TNR clinics for the year. We’ve had 11 cats this week, so far. Going out with a nice big group.  We’re working with two cats that will be holdovers for a bit. They were tossed out of their home when their people were evicted, and a kind soul was feeding them. When one of the cats started getting larger and larger, he took her in and she had six kittens a few days ago.  Our cat house will be closed for the winter after this week – it doesn’t hold heat very well and isn’t a place for babies for the next few months. One of the other of the three cats was also trapped, and she’s got upper respiratory stuff going on. So we are working on finding a rescue for mom and babies, and treating the other cat. The third one disappeared, and hasn’t been seen. Bummer. Makes you really dislike people sometimes. But we’ll try to help these two cats, and the six wee ones.

[Late update…we got the third cat too. All safe and sound now.]

But a little rest from trapping and neutering for the winter. Many TNR groups do continue during the winter, and no judgement from here. But our own feeling is that putting a female cat out with a shaved belly in freezing temperatures after surgery isn’t our favorite thing to do. We’ll get back to it all when the winter has moved on.

9 thoughts on “Winnie and Winston”